We offer a range of Mixed Martial Arts classes that cater to all fitness levels. Come and train with some of Melbourne’s elite coaches.

Mixed Martial Arts, or MMA, is a term used to refer to a combat sport that combines the elements of many fighting styles into one all-inclusive sport. MMA has rapidly gained popularity in the U.S. and around the world, and it is often referred to as “the world’s fastest growing sport”.

The roots of MMA date back to the ancient Greeks and the early Olympic sport of Pankration, in which combatants faced each other with very few rules. Similar sports evolved in many different places over time, often with the goal of pitting one traditional martial arts style against another.

Chris’s interest in martial arts began at a very young age and over many years he has accumulated experience in Karate, Boxing, Kickboxing, Freestyle/Greco-Roman Wrestling, and Brazilian. His skill set is broad due to his focus on many different styles with numerous coaches over the span of two decades. Chris’s knowledge in the technical side of the martial arts is complimented by his keen study of the psychological side of combat. Chris is a firm believer in Bruce Lee’s philosophy of “Absorb what is useful, discard what is useless and add what is specifically your own”. In addition to his hands on experience, Chris has also been closely studying the sport of Mixed Martial Arts since 2002 and currently works as a martial arts writer and technical analyst for various outlets. Interested in MMA Classes?  Contact our trainers today at John Donehue Jiu Jitsu & MMA to find out more about the rapidly growing sport.

We have answers to common questions for your convenience 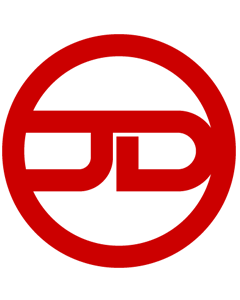