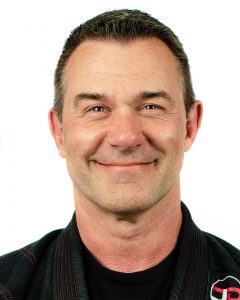 Coach JD runs the BJJ, Submission Grappling and oversees the MMA program at the academy so that nothing but the highest standards are maintained. He has been involved in the fighting arts for over 30 years from his beginnings in Boxing and Kickboxing and then onto discovering the grappling arts. He has gone on to be not only a high level competitor but also a World-renowned Coach.

John Donehue has coached at every level from first time beginners to Black Belt competitors and UFC Champions, such as Randy Couture, Dan Henderson and Frank Trigg. He also coaches professional athletes both here and around the world in Rugby League, Rugby Union and AFL.

Classes at the academy are six days a week and feature a strength and endurance building warm-up, followed by demonstration and practice of techniques after which students engage in live wrestling with other students of their own level.

Come and take one of the introductory classes with one of the senior students or instructors and learn some more about this incredible martial art. We are confident that Jiu Jitsu will become one of the most enjoyable aspects of your life. It will give you confidence, self-discipline and a level of body awareness that few people will ever experience.

“Coaching is one of the most rewarding things that I could imagine doing. I have had the privilege of helping people from all walks of life; from hobbyists to professional fighters, make dramatic changes in both their bodies and their minds. It is a long, sometimes frustrating, journey and not easy at times however if you can deal with all the challenges that this true martial art will throw at you, it will change your life for the better. It has with mine and I am extremely fortunate to have had the opportunity to help others along the way.”

Has also worked with